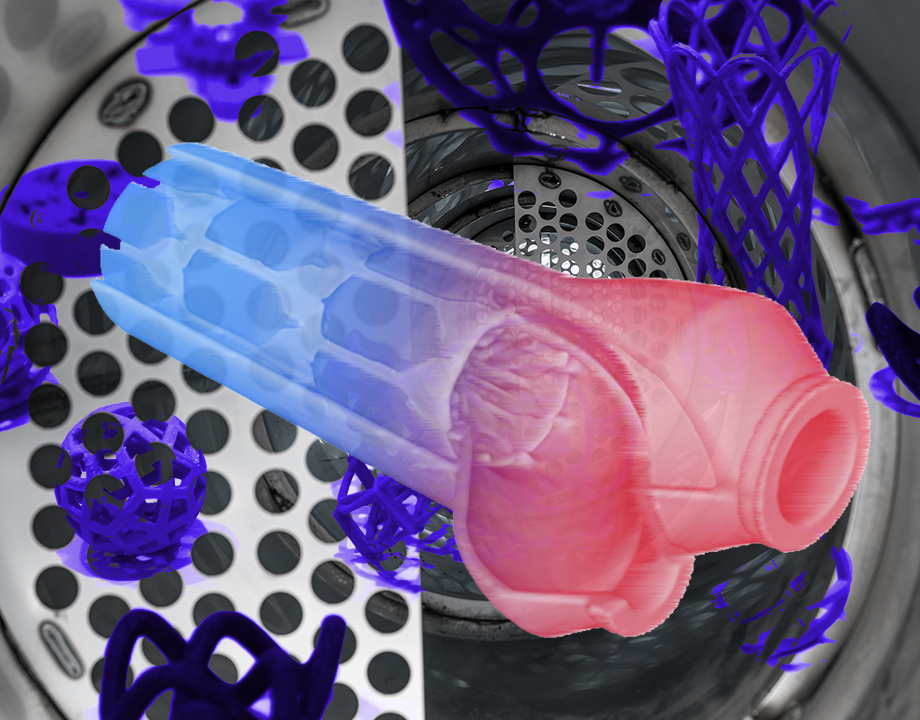 A Digital Twin of a Medical Patient

Video: Engineering in the World of Entertainment

“Heat exchanger design has not significantly changed in decades,” says William King, a professor of Mechanical Science and Engineering at the University of Illinois Urbana-Champaign. “There have been some small incremental evolutions over the years, but basically the sizes and shapes we know very well are the same they’ve been for many years.”

And those shapes are largely dictated by the limits of how they’re manufactured. As a result, the heat exchangers in our homes and vehicles are none too complicated: all straight channels and right angles.

That’s all about to change. “Here comes additive manufacturing, which allows for new 3D geometries that were not previously possible,” said King. In fact, the possibilities that additive adds are unlimited—too unlimited for a single designer to exploit. “If I am a heat exchange designer constrained by manufacturing and then all of a sudden, I can have any shape—that freedom is very intimidating.” 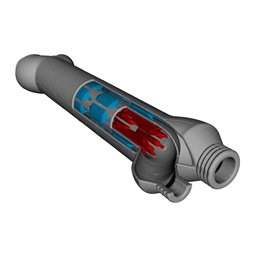 The dual tube heat exchanger, which is one of the simpler heat exchanger designs—literally a pipe within a pipe—seemed ripe for improvement. King and his team developed software that generates random shapes of what the interior of those pipes might look like. After creating 10 such designs, the program uses finite element analysis to rank them, throws out the lowest five and then continues to evolve the five survivors. When those have been mutated into ten new shapes, it re-evaluates them and again keeps five and nixes five.

After a hundred such iterations, the program “kind of converges on a design,” said King, after which the humans got involved and did a bit of tweaking. Finally, they printed three of the new heat exchangers, in metal. “One of the benefits of the method is that, since we are randomly searching this whole design space, we are pretty confident that we are able to find one of the best shapes.”

More for You: Designing the Most Effective Heat Exchanger

And that shape is a far cry from a plain tube in a tube. Instead, the surfaces of those tubes are covered in a pattern of scalelike structures or fins. Not only does the design of new exchanger look unlike anything that came before it, but it also has things to teach us. “When we looked closely, there were some surprises. We had carried into the project some assumptions about heat transfer that are based on legacy designs of heat exchangers that already exist,” said King.

Specifically, they found that heat did not transfer uniformly from solids to fluids. Instead, the temperature redistribution was incredibly complicated. “Much too complicated for a human to come up with on their own,” said King. Similarly, heat exchange designers typically try to increase the area where liquids and solids contact each other. But the new 3D-printed exchanger showed that it’s not necessarily true that higher wetted areas lead to higher heat transfers.

Reader’s Choice: By the Numbers: Process Heat without Carbon

More important than these differences, though, is the obvious superiority of the new design. It proved to have a power density 23 times higher than a similarly sized commercial device. Put another way, it requires three to six times less power to pump fluid than its brethren. It’s also 21 times lighter than the competition. Already, several companies have contacted King and his team eager to use their heat exchanger right away.

For more pervasive use of the exchanger, the cost will have to come down—at the moment, printing the new heat exchanger is more expensive than making a traditional one with traditional methods. But that is likely to change soon.

“There really is a huge amount of innovation in additive manufacturing today, a rapid drumbeat of printing technologies and materials,” said King. “These methods will be cost competitive at some point in the future.”

Michael Abrams writes about engineering and technology in Westfield, N.J.

A Digital Twin of a Medical Patient

Video: Engineering in the World of Entertainment

Digital Twins for the Future of Climate Change