The 2021 Nominating Committee has selected the following members for Society Office with terms starting in June 2022. Selected nominees will be voted on in the fall via an online ballot. Please watch for an email with the announcement for the online ballot. 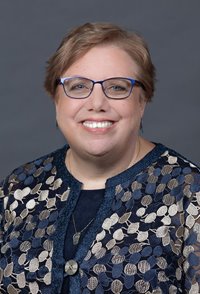 Karen Ohland
Karen Ohland, has been selected to become the 141st president of the American Society of Mechanical Engineers (ASME) and will serve during the 2022-2023 term of office. Ohland is a Fellow of ASME and has been an active member of the Society since 1983.

Ohland is the Associate Director for Finance and Operations at the Princeton University Art Museum where she provides strategic leadership, strengthening, and sustaining the process for planning and management across the Art Museum while serving in an advisory role for the museum’s operations and other priorities. She also served as finance and senior administrator at New York Metropolitan Museum of Art’s Department of Education and Concerts and Lectures.

Prior to her career in museum administration, Ohland worked as a biomedical engineer in industry, academia, and government; most recently as research manager for Howmedica Inc., an orthopedic implant manufacturer, and Howmedica Osteonics Inc., acquired by Stryker Orthopaedics in 1998. Ohland served on the ASME Board of Governors from 2016 to 2019, and in 2020 she was selected by the Board to return to complete a vacated Governor position. Since joining ASME, Ohland has held several leadership positions including as a student leader, section chair, regional secretary, district leader, vice president, and senior vice president. She served on several Presidential Task Forces as well as the Committees on Finance, Organization and Rules, and the Board on Professional Development. She has mentored and contributed to the professional growth of many ASME members including as a lead trainer, member of the ASME Leadership Training Conference (LTC) Planning Committee, chair of the Advanced Leadership Track for the 2010 LTC, and as a member of the ASME Volunteer Orientation & Leadership Training (VOLT) Academy executive committee. Ohland is a recipient of the ASME Dedicated Service Award. She is a member of the engineering honor society Tau Beta Pi, the American Society of Engineering Education, the Orthopedic Research Society, and the American Society of Biomechanics.

Ohland received bachelor’s degrees in engineering and biology from Swarthmore College in Pennsylvania and a master’s degree in anatomy from the University of Chicago. 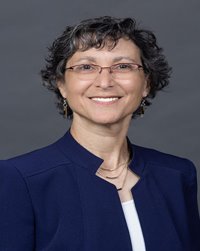 Susan Ipri Brown
Susan Ipri Brown (Member, ASME) is the Director of ExploreHope Academic Outreach and Assistant Professor of Engineering Instruction at Hope College where she manages policy development, fundraising, grant writing, and staff and volunteer leadership. Prior to Hope College, she was Associate Director of the Office of STEM Education Partnerships at Northwestern University where she directed teacher professional development programs, grant writing, and new program development for outreach with other area organizations. Ms. Ipri Brown has also held positions with several North Carolina school districts, Delphi Automotive, and the Michigan Legislative Service Bureau. As an ASME Federal Fellow, she worked at the White House Office of Science and Technology Policy.

Ms. Ipri Brown’s ASME service includes at-large membership on the Public Affairs and Outreach Council and prior Council on Education, along with terms as the Vice President for Government Relations and Vice President of Global Outreach. Her service has contributed to a range of leadership and representative roles at the local and national level. Throughout her membership, she has been selected as a regional winner of the Old Guard Oral Competition, a Leadership Development Intern, a Federal Fellow, and a recipient of ASME's Dedicated Service Award.

Ms. Ipri Brown actively engages in encouraging the next generation of engineers through creation of science, technology, engineering and math programs for area Scout councils along with time as a coach and judge for the FIRST robotics programs. Within her work and community, she is a long-time advocate of programs which enhance diversity, equity, and inclusion in the engineering profession. 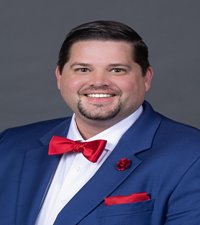 Jared Oehring
Jared Oehring (Fellow, ASME) is the Chief Technology Officer and Co-Founder of VoltaGrid LLC, a clean, intelligent, mobile, microgrid power generation company. He is a senior executive engineer, who pioneered electric hydraulic fracturing and mobile power generation operations in the oilfield. Prior to working at VoltaGrid, he served as Chief Technology Officer at U.S. Well Services (USWS) where he led the development and manufacturing of their electric powered hydraulic fracturing equipment. His engineering work has earned numerous patents and garnered multiple accolades within the oil and gas industry. Mr. Oehring helped take USWS public in 2018. Prior to USWS, he designed heavy off-highway equipment at Stewart & Stevenson.

At ASME, Mr. Oehring has served in numerous leadership positions. He was elected Vice President of Financial Operations for the Knowledge and Community Sector. He also served on the reorganization committee for the Knowledge and Community Sector. Following the reorganization, he served on the inaugural Technical & Engineering Communities (TEC) Sector Council. Afterwards he served as the chair of ASME’s Nominating Committee. He also worked on the Membership Development and Engagement Sector (MDE) formation and currently serves on the inaugural MDE Sector Council. He serves as a member-at-large on the Industry Advisory Board, as chair of the General Awards Committee, and as ex-officio member of the Committee on Honors. 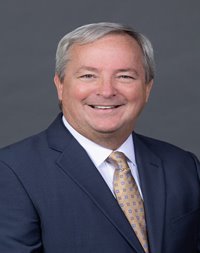 Patrick H. Vieth
Patrick H. Vieth (Fellow, ASME) is Senior Vice President for Dynamic Risk where he leads the technical consulting discipline focused on the energy pipeline infrastructure. Throughout his 30-year career, he is well recognized for leading teams of technical experts that bring unique solutions to the challenges at hand.

Mr. Vieth has been actively engaged in ASME throughout his entire career. He has undertaken various leadership positions including the ASME local chapter (Central Ohio), and then became more involved in the ASME Pipeline Systems Division and Codes and Standards Committees (ASME B31.4). In addition, he has supported learning and development through the International Pipeline Conference (IPC), an ASME sponsored conference, serving recently as Conference Chair and as Chair of the Board for the IPC Foundation.

Recognizing the need for development opportunities for young professionals, Mr. Vieth was instrumental in establishing Young Pipeline Professionals, USA (YPP USA). This organization provides learning and leadership opportunities and fosters networking for young professionals to establish their network for the advancement of the industry. He has also helped guide the further development of Young Pipeliners International (YPI) that has aligned YPP USA with similar organizations internationally – Canada, Australia, Mexico, Brazil, Europe, and most recently India, Nigeria, Malaysia and China. Further to his mission to foster the professional development of our next generation, he currently sits on the Board for the Qualification Panel for the Pipeline Industry (QPPI); a group of independent industry leaders developing ANSI-certified competency assessment for the pipeline industry.

Mr. Vieth earned his Bachelor of Science in Mechanical Engineering from The Ohio State University.