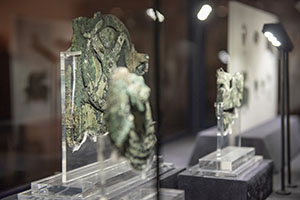 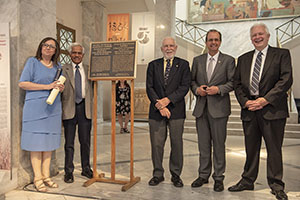 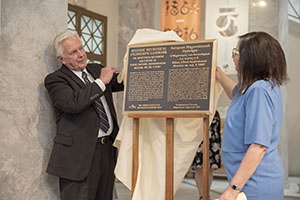 ASME President Richard Laudenat unveils the commemorative plaque with Maria Logogianni, director, National Archaeological Museum.
The Mechanism consisted of at least 30 gear wheels with teeth, dials, axles and pointer made of copper, thin and lead. Its small scale and use of pin-and-slot couplings revealed that Greek mechanicians of the second century B.C. were more proficient in the design of geared devices that previously suggested.