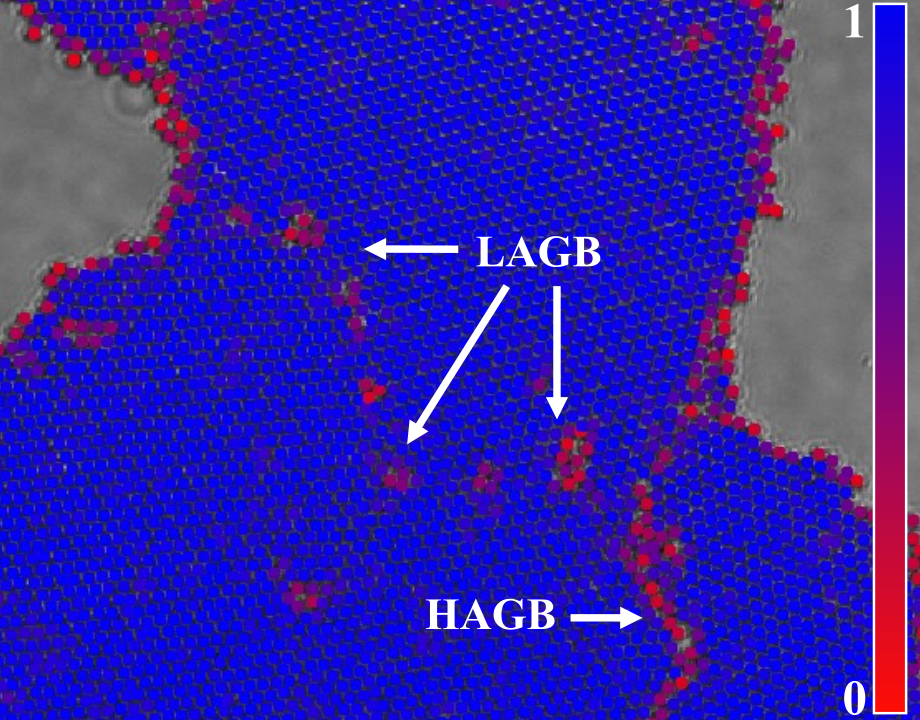 The Essence of Purity

Order has power in crystalline solids. It gives opals their iridescence and diamonds their hardness. But for material synthesizers, order is hard to come by. A misaligned atom here and a misaligned atom there leads to multiple facets that are orientated differently from each other, creating a defected and often weaker material. How those facets affect each other during material formation has not been well understood, let alone well controlled. But now, Sibani Lisa Biswal, a professor of chemical and biomolecular engineering at Rice University, and Dana Lobmeyer, a Ph.D. candidate there, have figured out just how those differently orientated facets rearrange themselves as forces are applied to a material.

To do that, they looked at particles a good deal bigger than an atom: micron-sized colloidal particles.

“What’s nice about them is that you can use a lot of different types of stimuli—electric fields, temperature, DNA—to get them to assemble into unique and controlled structures,” said Biswal.

Colors identify crystal orientation after spinning in a magnetic field. Image: Biswal Research Group/Rice University
In their case, they used two pairs of solenoid coils to create a rotating magnetic field. In the center, they placed a single layer of colloidal particles. The particles are superparamagnetic—in a magnetic field they acquire dipoles and become magnets themselves, interacting with both the field and each other.

“It’s essentially like a fidget spinner, where the magnetic dipole is spinning so fast that you can’t really tell where it is at any given moment, so it gets averaged around the particle,” Biswal explained.

They were able to change how the particles interacted by altering the frequency of the field. To see how they behaved, Lobmeyer created code to track the movement of the thousands of colloidal particles on the move.

Reader’s Choice: A Tunable Material for Capturing and Releasing Heat

They soon saw the particles align in crystallites with a hexatic order, where each particle has six neighbors. But the crystallites grew in different orientations and became mismatched where they merged. These grain boundaries, as they’re called, between differently orientated swaths are easy to recognize by sight alone.

“That’s where our particles are less ordered,” said Lobmeyer. “They may not have six neighbors, or those neighbors might be too far away.”

They chose a magnetic field of a strength and frequency that resulted in the formation of voids within the crystal, similar to materials that have a gas/solid coexistence, such as a sponge or memory foam mattress. 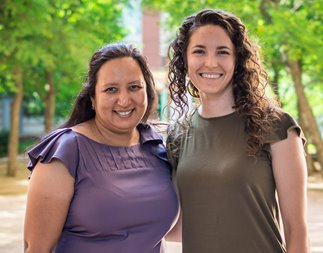 Rice University Professor Sibani Lisa Biswal, left, and graduate student Dana Lobmeyer. Photo: Quan Nguyen/Rice University
Near these voids is a border of disordered particles that were found to influence how the grain boundaries moved in the crystal. Sometimes grain boundaries would proliferate, leading to more disorder, and other times they would disappear, leading to a perfect crystal.

One key to manipulating the changing grain boundaries turned out to be those little voids among the particles.

“Because we don’t have the perfect number of particles for the space that we’re forming these crystals over, you get these pockets of empty space,” said Lobmeyer. Essentially, the voids can absorb defects, with particles rotating around the interior of the void.

“The circulation of this void interface is producing a shear on the bulk crystalline region,” said Lobmeyer. “This shear is then the driving force for rotating the bulk crystal and either removing or creating grain boundaries in the system.” In short, the voids are operating as little sinks for defects, creating a more perfect crystal overall.

More for You: Graphene Tool to Measure Light

They also discovered that when the boundaries created low angles, the defects were no longer long chaotic lines, but became more regular irregularities. Where particles weren’t perfectly ordered, they had a pattern of five and seven neighbors instead of six. By tweaking the applied magnetic field, the defects can be minimized and more regular crystals can be made.

Of course, material scientists and designers are not always working with magnetic particles. But Biswal and Lobmeyer think other forces, carefully tuned, can be used to create similar conditions for crystalline structures with fewer or no grain boundaries. Nature creates the opal, for instance, with compression alone.

But the special features of opals, diamonds, and other crystals, occurs at the atomic level. The next step for Lobmeyer and Biswal is to figure out just how much of what they’ve learned applies to other scales.

“We are trying to determine and identify when we have similarities and when we have differences,” said Biswal. “Then we can really create these perfect crystalline order materials. We are really only limited by how much uniform field we can apply.”

Michael Abrams is an engineering and technology writer in Westfield, N.J.