In 1973, the U.S. Federal Aviation Authority banned supersonic civil overland aviation flight because of sonic booms. Now NASA is working on an experimental airplane that will reduce that signature sound to a barely audible thump. The X-59 Quiet SuperSonic Technology (QueSST) aircraft is the manifestation of this project and is taking tangible shape at Lockheed Martin Skunk Works manufacturing facility in California.

According to the NASA, the Low-Boom Flight Demonstration mission has two goals: Design and build a piloted, large-scale supersonic X-plane with technology that reduces the loudness of the sonic boom to that of a gentle thump; Fly the X-plane over select U.S. communities to gather data on human responses to the low-boom flights and deliver that data set to U.S. and international regulators.

NASA is working in collaboration with Lockheed Martin Skunk Works to design and build the X-59. GE supplied the engine. Once built, the X-59 will be approximately 100 feet long, 29.5 feet wide and fly at an altitude of 55,000 feet at a speed of Mach 1.4, which is 925 mph.


When a traditional supersonic plane flies through the air, it generates shockwaves that travel away from the aircraft and then merge to create loud booms. The X-59 circumvents this problem using a variety of factors, including a long pointed shape that prevents shockwaves from coalescing. 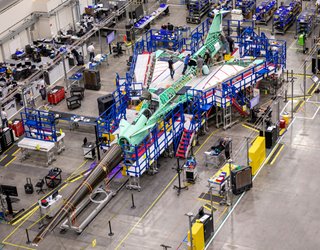 The X-59 mixes and matches components from other airplanes, including the F-18 and F-35. Photo: Lockheed Martin
The growth of computing power for computational fluid dynamics analysis, coupled with other advanced technologies such as high-definition cameras and advanced image processing for forward vision, has helped move the project to fruition, said Jay Brandon, NASA’s chief engineer for the Low Boom Flight Demonstrator project, based at Langley Research Center. For example, better modeling capabilities with computational fluid dynamics helped understand the propagation of the pressure waves through the atmosphere.

Watch Video: The Past and Future of Supersonic Transport

“Just like with any airplane design, you are working with a whole bunch of trade-offs,” Brandon said. “You’re trying to keep size down because size and weight create costs. You want to have enough engine thrust to be able to execute the mission. You have to figure out if you want one engine or two."

The final sleek needle-like shape did not leave much room for components. “That becomes another constraint: trying to fit the hydraulic system, the environmental control system, the electrical units, the engine and landing gear,” he said. At the same time, the airplane needs a smooth bottom so it does not generate too many shocks.

Calls about placement of components also had to be made. The engine, for example, is placed above the wing. This way, the wing would shield the inlet and the team did not have to worry about getting the inlet airflow predictions exactly right. The wing also shields the environmental control system inlets and exhaust for the same reason.

“We also have an ‘aft shelf’ below the nozzle of the engine to help shield the flow under the airplane from the supersonic flow effects from the jet exhaust,” Brandon said. The plane has a T-shaped tail as well as a horizontal tail, the flaps and ailerons. These act as vertical and horizontal stabilizers, to be manipulated in flight to smooth the lift distribution.

Being able to model, predict and design for low-boom was the first challenge to overcome, said David Richardson, program management director for the X-59 at Lockheed Martin. Building an affordable option—NASA gave Lockheed the go-ahead to build one X-59 model with a budget of $247 million— on time were additional challenges.


The X-59 mixes and matches components from other airplanes, including the F-18 and F-35. Many of the off-the-shelf components are not designed to operate at altitudes of 60,000 feet, or in the temperature and vibration environments they will be subjected to in the X-59. “We had to do a lot of environmental testing to make sure all the systems will be robust enough for our flight envelope,” Brandon said. 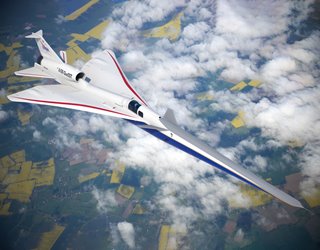 Once built, the X-59 will be approximately 100 feet long, 29.5 feet wide and fly at an altitude of 55,000 feet at a speed of Mach 1.4. Photo: Lockheed Martin
The NASA and Lockheed teams have worked well together. Case in point: The teams collaborated on calibrating an air data probe that will be used to get aerodynamic information about the plane. The teams ran wind tunnel tests using the probe at the Glenn Research Center and worked to calibrate the probe and use it to develop a safe, data-driven vehicle.

Another popular supersonic model, the Concorde, had a signature nose droop so the pilots could see the front of the plane and the runway. Such a design adds a significant amount of weight, Brandon said, and was not feasible for the X-59.

According to Michael Buonanno, air vehicle lead and lead engineer for the project at Lockheed Martin, the original intention for the X-59 was to have a normal canopy. “In our initial design studies we figured out that the disturbance that came from a large canopy was too large to be able to blend into the required area distribution for a low-boom shape,” Buonanno added.

Take Our Quiz: What is the Future of Supersonic Flights?

The net result was that forward vision was lost. The teams overcame this challenge by incorporating an external vision system into the X-59. It displays a high-definition monitor at the same height and level where a window would be. Richardson points out that the monitor is more than just a camera that “sees.”

“We can put a lot of information on that monitor, there’s AI that can help identity, track, and avoid other airplanes. The distributed aperture system allows a pilot to look down and behind as though the airplane weren’t there.” Richardson said. “Even though you’re not looking out the window, you’re seeing more of what’s going on than you would with your naked eyes. The technical solution is almost better than the actual window,” he added.

“The long slender design, the wing, the T-tail, all these surfaces that make it low-boom may look strange today, but in the future, everybody will recognize those salient features as a low-boom airplane,” Davidson said.

And that is one of the many goals of the project: To use the X-59 as a test bed that will feed the design of future supersonic civilian aircraft. “Our airplane is not a design that would be directly used for a commercial vehicle but if the demonstrator shows that our design process worked, then you could apply it to a bigger vehicle that you could use to fly people around,” Brandon said.

For now, once the plane is assembled later this year, it will be shipped to a sister Lockheed Martin facility in Fort Worth, Texas, for field testing to see how it withstands operational loads.

Poornima Apte is a science and technology writer based in Walpole, Mass. 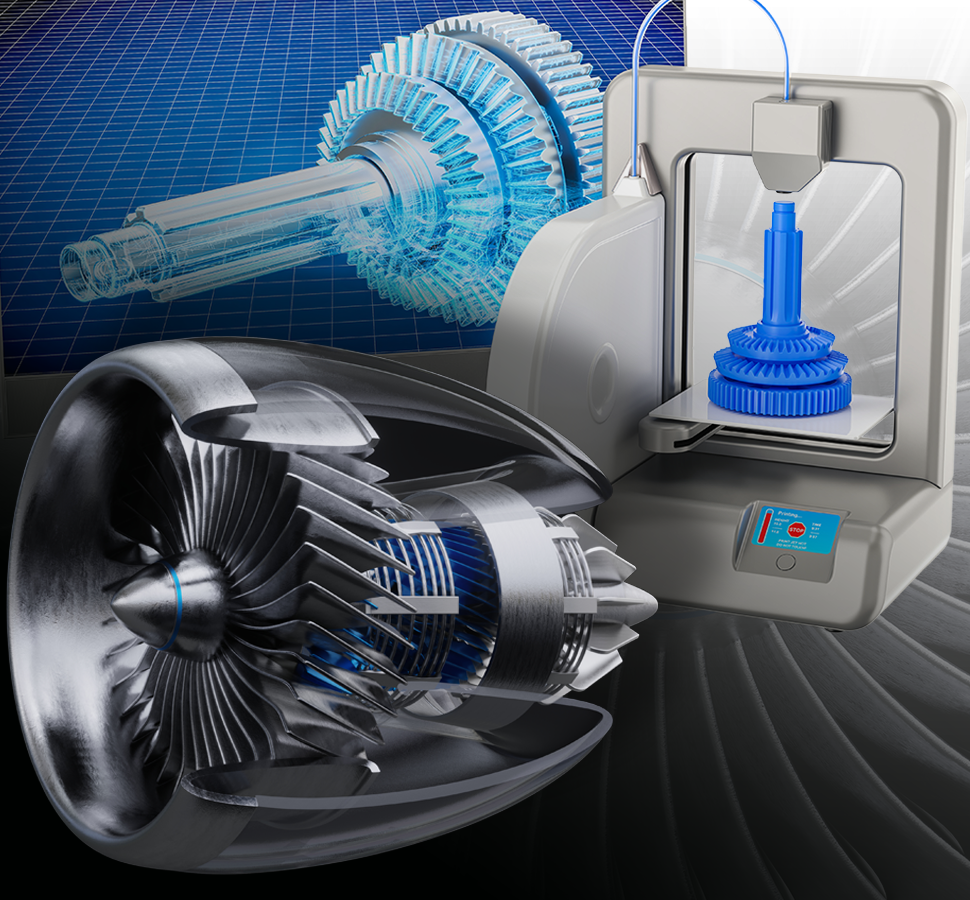