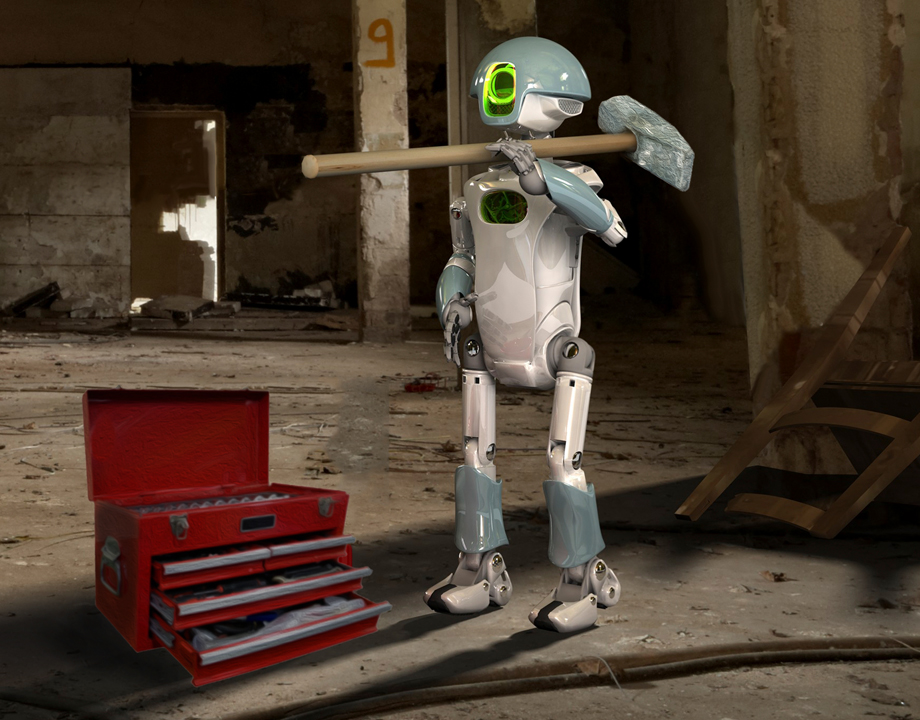 Data-driven robotic systems might be the solution to solve the labor shortage plaguing the construction industry.

How Can Robots Improve the Building Labor Shortage?

For the last decade, an acute workforce shortage has hampered the construction industry. Then came the COVID-19 pandemic, worsening the crisis. However, a solution to the labor issue could come from a new data-driven robotic system aimed at modular construction.

“In the construction industry, as a whole, we are seeing an urgent need to boost productivity for various reasons. A lot of companies have been facing difficulties filling their skilled trade positions for a few years now,” said Jiansong Zhang, an associate professor of construction management at Purdue Polytechnic University. His team has designed the new robotic system, which is considered to be the first of its kind. “Robotics sound like a natural resolution for that.”

The Associated General Contractors of America backs up Zhang’s assessment in its 2020 Construction Outlook Survey. It found that 81 percent of construction firms have difficulty filling hourly and salaried positions. About 70 percent of them foresee labor shortages as their biggest problem during this year. Those shortages lead to higher costs, project delays, and lost business. As of February 2021, the construction backlog was at 8.2 months, about the same level as the previous February, according to Associated Builders and Contractors.

Zhang’s system, developed in his Automation and Intelligent Construction Lab with a group of undergraduate researchers from a variety of disciplines, targets those dilemmas, as well as a handful of others.

The National Science Foundation’s Division of Industrial Innovation and Partnership awarded Zhang a $915,597 grant a few years ago to develop a system to improve the exchange of Building Information Modeling (BIM) data between robotic building platforms for modular construction. According to the NSF, current platforms restrict that information, creating inefficient silos in the design and construction process, which costs the building industry $15.8 billion a year. The foundation says Zhang’s data-driven software development technology will be the first commercial BIM system that places interoperability at its core.

Think of the end-effector as a hand connected to the end of a robotic arm. In most of his design work for construction robots, Zhang strives to use as much of the existing robot as possible, adding his physical improvements only where they make the most impact. “We only innovate on the parts and pieces that are needed to make the system work better,” he said.

For his new device, Zhang redesigned the fingers to move more efficiently so that a single end-effector could smoothly pick up and utilize various tools and grab and stack different building components without having to change end-effectors. The elimination of steps and equipment saves time and money during the construction process.

“The vision was to integrate multiple functions or tools into one end effector so you don’t need to be constantly switching them, which would definitely slow down the process,” said Zhang, whose work focuses on developing advanced technologies to support engineering, automation, artificial intelligence, machine learning and robotics in the construction industry.


To help the entire robotic arm perform more efficiently, Zhang’s team created a comprehensive and highly accurate knowledge base and sophisticated algorithms of all the different components and environmental details with which the robot has to work. That information is matched with the building information modeling (BIM) data to help the system keep track of obstacles and hazards within the building environment. Much of the information can be easily changed to increase the system’s flexibility.

The platform uses a single, off-the-shelf depth camera (about $100) for its sensor. It constantly captures real-time information of the environment, building components, and construction process, helping the system become more intelligent the more it is used.

“All of these will then serve as inputs to the intelligent reasoning algorithm, which will then figure out how to move the robot around,” Zhang said. “To understand the entire strategy, you really need to look at the whole system.”

The team proved the concept with a scaled-down version of the system, Zhang said. He expects completion of the full-size system, which has been delayed by COVID, by the fall 2021 semester. It’s difficult to gauge the system’s full benefits until it’s built, but Zhang estimates it could improve productivity two to three times, which will eventually lead to cost savings. It could also help to improve overall building quality.

“Our system takes advantage of the precision of the robotic arm. The robot system is very good at performing repetitive and labor-intensive tasks, so we don’t have errors,” Zhang said, “And, of course, the intelligent algorithms guide you through the workflow.”

Zhang’s team is working with the Purdue Research Foundation Office of Technology Commercialization to patent the technology. “Whatever can be done to create a positive impact on the construction industry, we’re on it,” Zhang said.

Jeff O’Heir is a science and technology writer based in Huntington, N.Y.