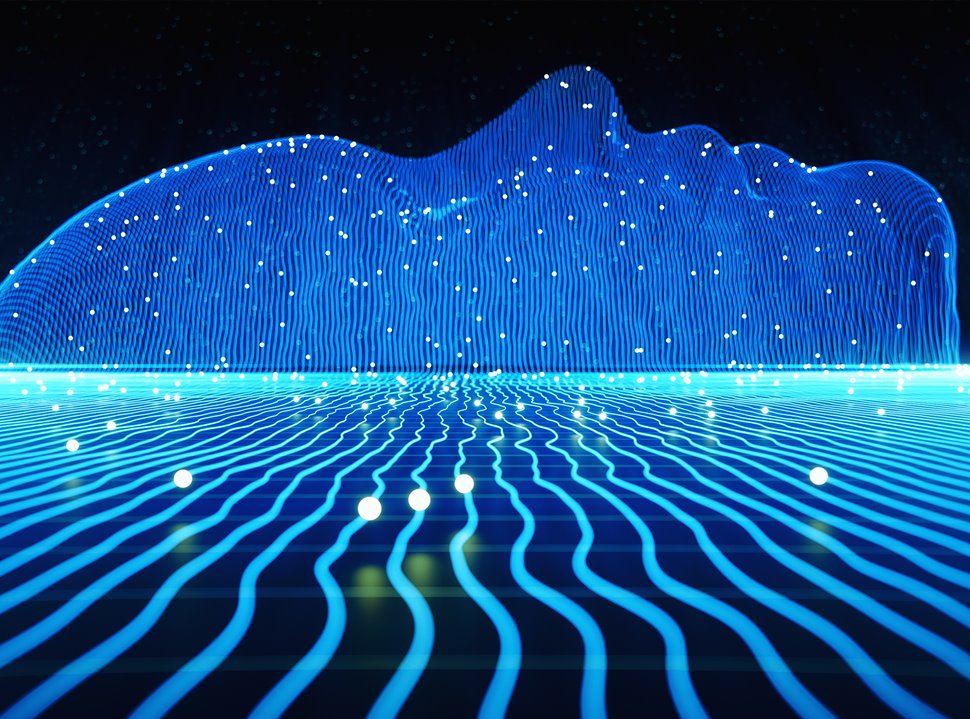 The study of pliant, elastic robots is experiencing rapid development.

Soft robots are just that: soft. They’re created from malleable, changeable materials like silicone elastomers and hydraulic fluidics that have a greater range of motion than traditional robotic devices. This side of robotics draws inspiration from nature—a line of study called biomemetics. Soft robots can move as some animals, for instance scurrying sidewise or climbing up a wall.

Because soft robots offer a huge potential to the robotics community, the study of pliant, elastic robots is also experiencing rapid development.

Here are some recent contributions to the field to give you a taste of this quickly emerging field. These four advances are only a small part of those made within the field of soft robotics in the past few years.


We take it for granted our skin will heal after a cut. But flexible robots need help with healing.

Soft robots need to be made from very flexible materials that change in shape when touched and manipulated. A robotic organ that responds to a physician’s touch, for example, limits the chances of damage to the device—such as tears and punctures.

After creating a prototype of a self-healing leaf from their composite, the researchers cut the leaf and left it for one day at room temperature. After 24 hours, it had healed itself. Photo: University of Warwick
But tips and cuts will still happen. A robot that could heal itself would be a step toward damage-resistant soft robots.

With that in mind, researchers at the University of Warwick in Coventry, England, have designed a self-healing polymer for soft robots.

They have shown their actuator, made from thermoplastic elastomers and a piezoelectric macro fiber composite, has self-sensing applications. It can heal its cuts made to it, said Chaoying Wan, research leader. She leads a lab that studies multifunctional nanocomposites at the University of Warwick.

After creating a prototype of a self-healing leaf from their composite, the researchers cut the leaf and left it for one day at room temperature. After 24 hours, it had healed itself. After 48 hours, the place where the cut was made was almost impossible to find, said Wan.

“An example of where this material could be used could be in a factory or hospital, where the robots may get damaged from general wear and tear but can heal themselves and don’t need to come off duty to be fixed,” Wang said. “This saves time and resources.”


Adding to the work with self-healing materials, researchers at Penn State have developed a self-healing, biodegradable polymer patterned after squid ring teeth. The material can be used for actuators, hazmat suits, and other applications where tiny holes could cause a danger, said Melik Demirel, professor of engineering science and mechanics at Penn State, who headed up the research. 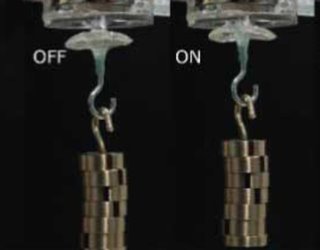 Series of protein-based artificial muscles, with performance exceeding that of biological muscle. Other soft robotic parts could include soft grippers and soft actuators. Photo: Abdon Pena-Francesch, former doctoral student in Demirel’s lab
Every type of material that undergoes constant, repetitive motion develops tiny tears and cracks and eventually breaks. With a self-healing material, the initial tiny defects are repairable before they result in catastrophic failure, Demirel said.

Like the creatures they are patterned on, the polymer is able to heal itself after both minute and visible damage. Unlike squid, the material can heal itself in seconds.

You May Also Like: A Squidbot Hits the Seas

“We were able to reduce a typical 24-hour healing period to one second, so our protein-based soft robots can now repair themselves immediately,” said Abdon Pena-Francesch, a former doctoral student in Demirel's lab. “In nature, self-healing takes a long time. In this sense, our technology outsmarts nature.” Pena-Francesch is now an assistant professor of materials science and engineering at the University of Michigan.


A many-sensor skin, made with kirigami-inspired sensors, gives soft robots greater awareness of the motion and position of their bodies, said researchers at the Massachusetts Institute of Technology.

Kirigami is a version of the Japanese art of origami that involves cutting as well as folding. 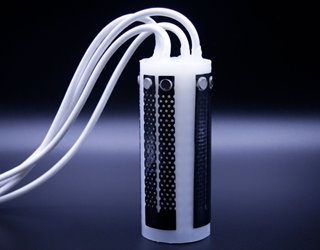 MIT researchers have created a “sensorized” skin, made with kirigami-inspired sensors, that gives soft robots greater awareness of the motion and position of their bodies. Photo: Ryan L. Truby, MIT CSAIL
The flexible sensors covering a robotic arm create what the MIT researchers call a sensorized skin. The motion and position data returned by the sensors are fed into an artificial intelligence model to tell the soft robotic arm how its body is positioned in a 3D environment, which is to say, most human environments.

The researchers validated their system on a soft robotic arm resembling an elephant trunk that can predict its own position as it autonomously swings around and extends, said Ryan Truby, a post-doctorate researcher in the MIT Computer Science and Artificial Laboratory, where the technology was developed.

Their system helps with automation and the sensors can be made from using off-the-shelf materials, meaning any lab can develop their own systems, Truby said.


A buckling motion releases a lot of energy. Usually engineers fear it, because mechanical buckling means catastrophic failure for every structural system, from rockets to soufflés.

Now, Harvard researchers have used buckling to their advantage to build a quick-moving, inflatable, soft actuator.

They based their development on the buckling movement created by a toy popper; a thin, soft, circular rubber-like disk. When you press down the middle and—after a few seconds—the popper buckles. The energy released sends the popper high into the air. 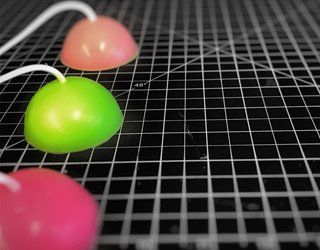 The popping actuator goes into action when inflated just the right amount. Photo: Harvard J.A. Paulson School of Engineering and Applied Sciences
Fluidic soft actuators tend to be slow to power up and move because they need a lot of fluid to work and the flow, whether gas or liquid, is restricted by tubes and valves in the device, said Katia Bertoldi, Harvard professor of applied mechanics who headed the project.

Learn More About this Robot: A Classic Toy Pops into Usefulness

“In this work, we showed that we can harness elastic instabilities to overcome this restriction, enabling us to decouple the slow input from the output and make a fast-jumping fluidic soft actuator,” Melancon said.

The actuator is a building block that could be integrated into a fully soft robotic system to give soft robots that can already crawl, walk and swim the ability to jump, Bertoldi added. “By incorporating our jumper into these designs, these robots could navigate safely through uncharted landscapes,” she said.

Jean Thilmany is a science and technology writer based in Saint Paul, MN.