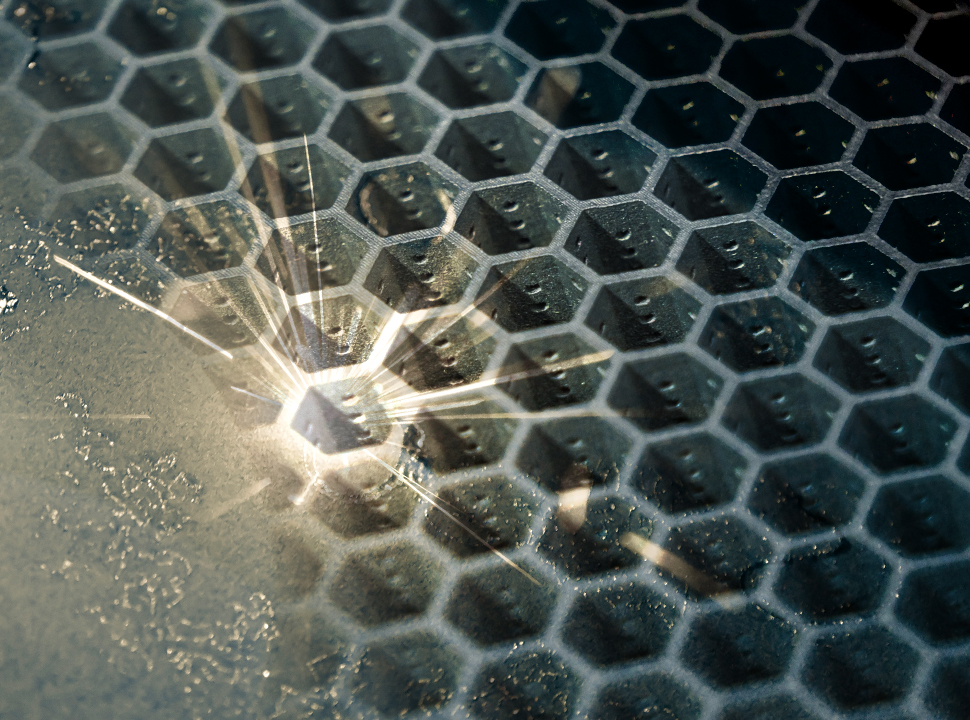 Metal Injection Molding or Metal Additive Manufacturing: Which One is Best for Your Project?

Quiz: How 3D Printing is Advancing in Automotive

Marine Staff Sgt. Kyle Owens is not an engineer, but he achieved an engineer’s dream of creating and mass-producing a practical product that’s used frequently and happens to save taxpayers thousands of dollars every year.

Unfortunately, the force of the hammer almost always cracks or breaks the steering wheel, column or both. That’s a big problem, since the vehicle can be sidelined for weeks or months while it waits for repair. Marines submitted 136 requests last year to replace broken steering units. 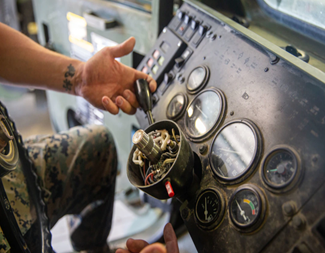 Inside the steering wheel. Image: U.S. Marine Corps photo by Gunnery Sgt. Michele Hunt.
Another problem was that the Marine responsible for the broken part would often get a hot tongue lashing from his supervisor, even though the Marine was using the standard-issue slide hammer kit. Owens was tired of it. One day, bored while on his lunch break at the motor pool, he and a buddy started brainstorming ways to solve the problem. They found some discarded pieces of metal and a washer about the same size as the centerpiece of the MVTR steering wheel.

Owens drilled three holes in the washer and welded a nut to the middle hole. He screwed two bolts through the side holes, which securely fastened the washer to the wheel. He then screwed a bolt through the nut over the middle hole, applying enough pressure to the middle of the wheel to smoothly pop it off the column without breaking anything. The tool works much the same way as a faucet handle puller or winged corkscrew.

More for You: Advancing Additive Manufacturing in Aerospace

Owens kept that washer in his pocket every day he worked. “It was fantastic,” he said. “People would always say, 'Hey, the steering wheel comes off so quick.' And I'm like, 'Oh, it's my tool.'” But the Marines didn’t quite have the processes or technology needed to efficiently or cost-effectively mass-produce a  device like that. During the last several years, however, the Marines began its Innovation Challenge program to solicit ideas and turn them into reality.

About a year ago, an Innovation Officer approached Owens and asked if he knew of any Marines with good ideas for products or processes that the unit could build or implement. Owens reached into his back pocket and pulled out the washer. By this time the threads of the bolt were pretty much stripped from wear. Despite that, the officer submitted the washer to the Marine’s Innovation Challenge. The tool eventually made its way to Cpl. Aiden Bemis, a digital manufacturing engineer with the 1st Supply Battalion’s Digital Manufacturing Team (DMT).

“It was a very nice thing to see because it was a prototype that had been used before and proven to work,” said Bemis, who has since left the Marines and now consults for the DMT.

Bemis used a blue light scanner to reverse engineer the tool and then designed a slightly modified version on CAD. He printed the tool on one of the shop’s plastic printers, but the material wasn’t strong enough to support the force required to remove the steering wheel. Bemis shipped the design to a manufacturing partner that has access to HP’s Metal Jet prototype printer.

“The thing about the HP Metal Jet is it lets you produce dozens of stainless steel parts within a couple of weeks, as opposed to outsourcing it to other companies that use more mainstream metal 3D-printing technology,” he said, adding that it was the first time his division created a whole product using the metal printer. “It was something we could really mass manufacture for the Marine Corps.”

After a few minor adjustments to the design, the final tool, printed using 17-4 stainless steel, popped off a steering wheel on the first try without breaking it. Today, the DMT can print a batch of 36 of the tools in a day. Each one costs about $65 to make. A broken steering wheel costs about $150 to replace.

“If someone has removed a steering wheel before, you can just hand them the tool and they’ll be able to figure it out,” said Owens, who would like to eventually patent the device and develop additional products. “It's very easy to understand and very easy to use.”

Jeff O'Heir is an engineering and technology writer based in Huntington, N.Y.

Metal Injection Molding or Metal Additive Manufacturing: Which One is Best for Your Project?

Quiz: How 3D Printing is Advancing in Automotive

Podcast: Advances and Challenges of 3D Bioprinting in Space