884676 - Turbo/Supercharger Compressors and Turbines for Aircraft Propulsion in WWII has been added to your cart.
View Cart
Books

Turbo/Supercharger Compressors and Turbines for Aircraft Propulsion in WWII

This Standard was last reviewed and reaffirmed in {{activeProduct.ReaffirmationYear}}. Therefore this version remains in effect.

Turbo/Supercharger Compressors and Turbines for Aircraft Propulsion in WWII

Final invoices will include applicable sales and use tax.

By Karl Kollmann, Calum E. Douglas, and S. Can Gülen

This book is a unique blend of history, technology review, theoretical fundamentals, and design guide. The subject matter is primarily piston aeroengine superchargers - developed in Germany during the Second World War (WWII) - which are centrifugal compressors driven either by the main engine crankshaft or by an exhaust gas turbine. The core of the book is an unpublished manuscript by Karl Kollmann, who was a prominent engineer at Daimler-Benz before and during the war.

Dr. Kollmann's manuscript was discovered by Calum Douglas during his extensive research for his earlier book on piston aeroengine development in WWII. It contains a wealth of information on aerothermodynamic and mechanical design of centrifugal compressors in the form of formulae, charts, pictures, and rules of thumb, which, even 75 years later, constitute a valuable resource for engineering professionals and students.

In addition to the translation of the original manuscript from German, the authors have completely overhauled the chapters on the aerothermodynamics of centrifugal compressors so that the idiosyncratic coverage (characteristic of German scientific literature at that time) is familiar to a modern reader. Furthermore, the authors added chapters on exhaust gas turbines (for turbo-superchargers), piston aeroengines utilizing them, and turbojet gas turbines.

Drawing upon previously unpublished material from the archived German documents, those chapters provide a concise but technically precise and informative look into those technologies, where great strides were made in Germany during the war. In summary, the coverage is intended to be useful not only to history buffs with a technical bent but also to the practicing engineers and engineering students to help with their day-to-day activities in this particular field of turbomachinery.

compressors driven either by the main engine crankshaft or by an exhaust gas turbine. The core of the book is an unpublished manuscript by Karl Kollmann, who was a prominent engineer at Daimler-Benz before and during the war.

Journal of Engineering for Gas Turbines and Power Print 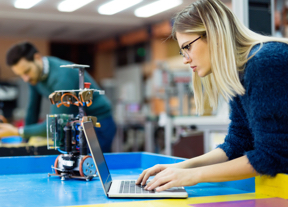 Get papers online in the ASME Digital Collection

Sorry, we only have available spots for this course. Would you like to add those to your cart?

Sorry, there are no available spots for this course.