The 2021-2022 Early Career Leadership Intern Program to Serve Engineering (ECLIPSE) is underway – we would like to congratulate and welcome this year's interns.

The ECLIPSE program promotes and recognizes the value of long-term leadership development and diversity among its members. ECLIPSE is a commitment to investing in the careers of high-potential early career members. Interns learn their way around ASME with a dedicated advisor where each intern is matched with a senior volunteer coach within their area of interest at ASME. Interns attend meetings and participate in workshops and training sessions to build leadership and management skills, which will serve them in their professional and personal lives. There is a wide range of opportunities for interns to network among themselves and with senior Society officers to see how they can incorporate the ASME experience into their career development.
We are delighted to welcome the following interns who will serve the various ASME business units: 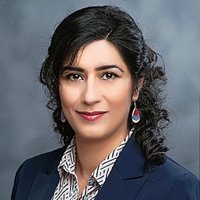 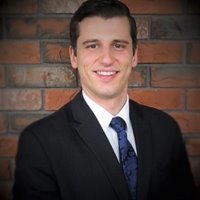 Jerom Ashford
Jerom Ashford is the 2021-2022 ECLIPSE intern for the History and Heritage Committee. He is a Project Engineer at Janicki Industries, a manufacturing company specializing in large aerospace and aeronautic components. His main responsibility is automating and improving the process from receiving customer models to Numerical Controls programming strategies. He received his bachelor’s degree in Mechanical Engineering from Brigham Young University – Idaho in 2020. He joined ASME in 2017 as a student and became president of the ASME-Rocket Dynamics team. This team’s purpose was to compete in the IREC 10,000 feet 8.8 lb. payload challenge. Here he grew the team from 6 members to over 70 diverse individuals. As a student he interned with the Naval Nuclear Laboratory at the Naval Reactors Facility. His greatest accomplishments include his wife and two sons – which none of his previously mentioned achievements would have been possible. As an ECLIPSE intern he hopes to increase the organization's ability to use history to connect with its members and community. 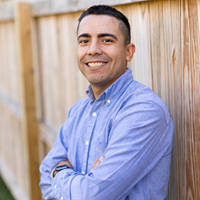 Joe Cuadrado
Joe Cuadrado is the 2021-22 ECLIPSE intern for the Student & Early Career Development Sector. He is a new product development engineer for Altec Industries in Roanoke, Virginia and designs structural, hydraulic, and electrical systems for boom truck cranes and digger derricks. Previous projects of his include integrating a new load management system for cranes, designing structural components for a new aerial/crane unit, integrating a live load attachment to an existing crane model, and adding a new hydraulic function to an existing digger derrick model type. His favorite part of the job is improving processes and making designs more efficient. Prior to working for Altec, he investigated methods of applying international nuclear safeguards on small modular reactors (SMRs). He received his Master of Engineering in mechanical engineering and a Graduate Certificate in Nuclear Engineering at Virginia Tech in 2014. He graduated in 2011 from Virginia Tech with a Bachelor of Science in Mechanical Engineering and a minor in Green Engineering. Through the ECLIPSE internship, he aims to get more early career engineers to learn more about ASME and get involved in all sectors of the organization. 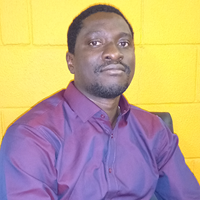 Olatunji Obafemi
Olatunji Obafemi is the 2021-22 ECLIPSE intern for the Public Affairs and Outreach sector. He holds a master’s degree with Distinction from the University of Lagos and recently completed his Ph.D. at the University of Johannesburg. He has previously worked as a project engineer and later as a Lecturer at the Department of Mechanical Engineering, Covenant University. He has attended several international conferences and workshops. He is a registered member of America Society of Mechanical Engineers (ASME), Nigeria Institute of Mechanical Engineers (NiMechE), a Corporate member, Nigerian Society of Engineers (NSE), and he is a COREN registered Engineer. He has attended training on Africa power sector regulation and reforms at the UCT graduate business school, and he is a member of Open Africa Power, 2020 cohort. He has published several Journals articles in internationally reputable outlets. He has also co-authored two (3) book chapters to his credit. His PhD research is aligned with the global roadmap on renewable energy deployment, sustainability, and climate change mitigation. He is a committee member of ASME VVUQ Subcommittee 60 (codes and standards) who is working on the verification and validation of computational models in energy systems and ASME power division. He is currently working as a postdoctoral research fellow and temporary lecturer at the University of Johannesburg where he is co-supervising PhD and master degree students. He is also working as a project manager with Process, Energy & Environmental Technology Station (PEETS). 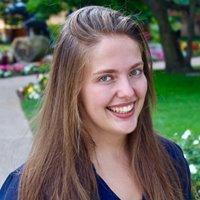 Jackie Sharp
Jackie Sharp is the 2021-22 ECLIPSE intern for the Board of Governors. She is a mechanical engineer at the Johns Hopkins University Applied Physics Laboratory (JHU APL) where she works in mechanical design and analysis to environmentally seal various electro-mechanical housings/mechanisms and mitigate EMI, thermal, vibrational impacts. She also enjoys working with electronics including low cost sensor integration, cable harness design and assembly, and basic circuit board design. Jackie volunteers as a youth ice hockey coach, robotics instructor through the JHU APL STEM Academy, and mentors high school students interested in STEM from low SES and diverse backgrounds. She is actively involved in the ASME DC Section. Jackie received her B.S. and M.S. in Mechanical Engineering from the University of Pittsburgh. She is currently pursuing a Ph.D. in Mechanical Engineering through the University of Pittsburgh and an M.S. in Electrical Engineering at the Johns Hopkins University part-time. 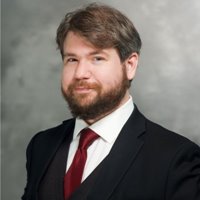 Stephen Vasconi
Stephen Vasconi is the 2020-2021 intern for the Member Development & Engagement sector. He is a graduate engineer with his Engineer in Training (EIT) certification and will be sitting for the Professional Engineering (PE) exam this year. He works at Sumner Manufacturing, a division of Southwire, in Houston TX as an Engineer, Mechanical 1 through his hats change throughout the day. Design & Analysis to Information Technology work, he wears as many hats as needed to accomplish the goals of the day. He graduated with a Bachelor of Science in Mechanical Engineering from the University of Florida in 2011 and has been practicing engineering for almost a decade this year. He has been active in the American Society of Mechanical Engineers (ASME) for even longer, but only at a student level. Once he moved to Houston TX, he actively started participating in the South Texas Section at various levels of involvement leading up to being the current Chair of the section. His hobbies include fencing, costuming, cigar smoking, amateur bartending, cooking, and fine dining when budget allows. Stephen is always up to discuss hobbies, and get to know people he feels one of the most important things he has gained from ASME has been the ability to build relationships with the diverse membership of the organization. 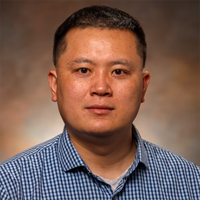 Xuewei Zhang
Xuewei Zhang is the 2021-22 ECLIPSE intern for the Technical & Engineering Communities sector. He graduated in 2014 from Massachusetts Institute of Technology with a Ph.D. degree in Electrical Engineering. He also obtained a bachelor’s degree and a master's degree from Tsinghua University (Beijing, China) in 2007 and 2009, respectively. He is an associate professor at Texas A&M University-Kingsville. His academic background is dielectric materials and plasma discharges. His current research interests include renewable energy and electric power systems modeling. He is an OSHA authorized general industry trainer and an AEE certified energy auditor. He is extensively involved in the activities of multiple professional associations. He is a senior member of IEEE and AIAA and has been on some technical committees within IEEE and AIAA. He has also been serving ASME on the VV60 Standard Subcommittee since 2019.